Home » Announcements » The founder of autopathy received the Award of Excellence; Pioneer in Homeopathy 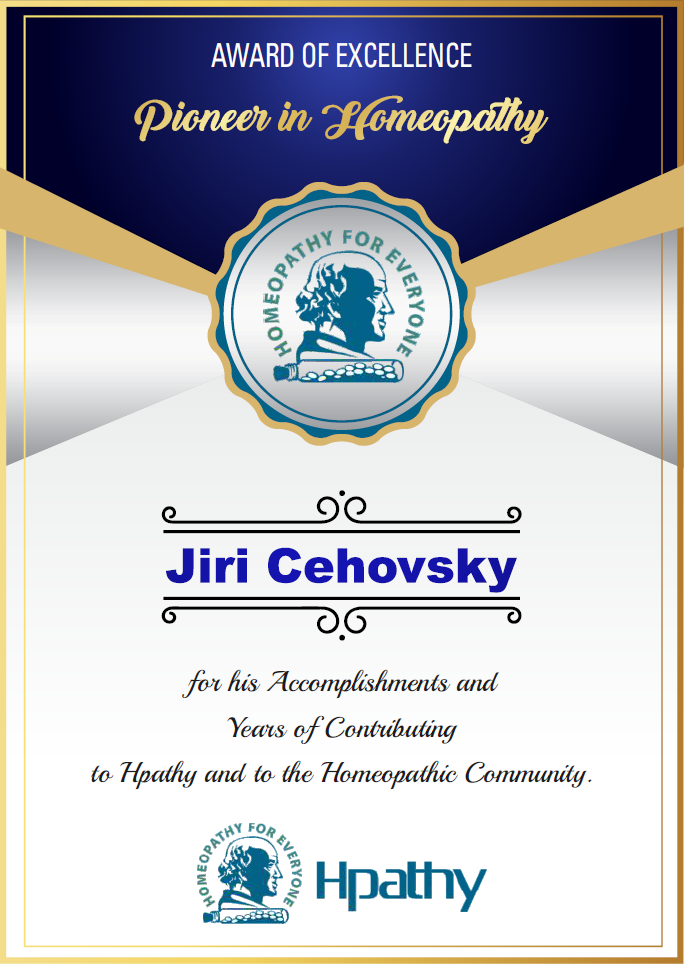 Hpathy.com is the world’s leading international professional journal for homeopathy with an editorial office in the United States. To celebrate the 20th anniversary of its existence, it awarded prizes to some authors for their contribution to homeopathy. Eight homeopaths, authors of books and articles with an international reputation and homeopathy teachers have received the Award for Pioneer in Homeopathy. Jiri Cehovsky is among them. Rajan Sankaran, Georges Vithoulkas, Jeremy Sherr and four other well-known personalities from the homeopathic world have also received the award.

The articles by Jiri Cehovsky published over the years in this magazine were mainly about autopathy, a new field of homeopathy, which means that autopathy was openly accepted in this way by an important part of the international homeopathic community. Also published in this journal were reviews of his last two books on autopathy written by well-known American homeopaths.