Our dog healed by autopathy

I encountered autopathy for the first time when studying at the Mr. Cehovsky‘s school of homeopathy. I know today that it was no coincidence, because when I first heard about the positive effects of autopathy at the school, we were just dealing at home with the health problem of one of our dogs, a Rhodesian Ridgeback. 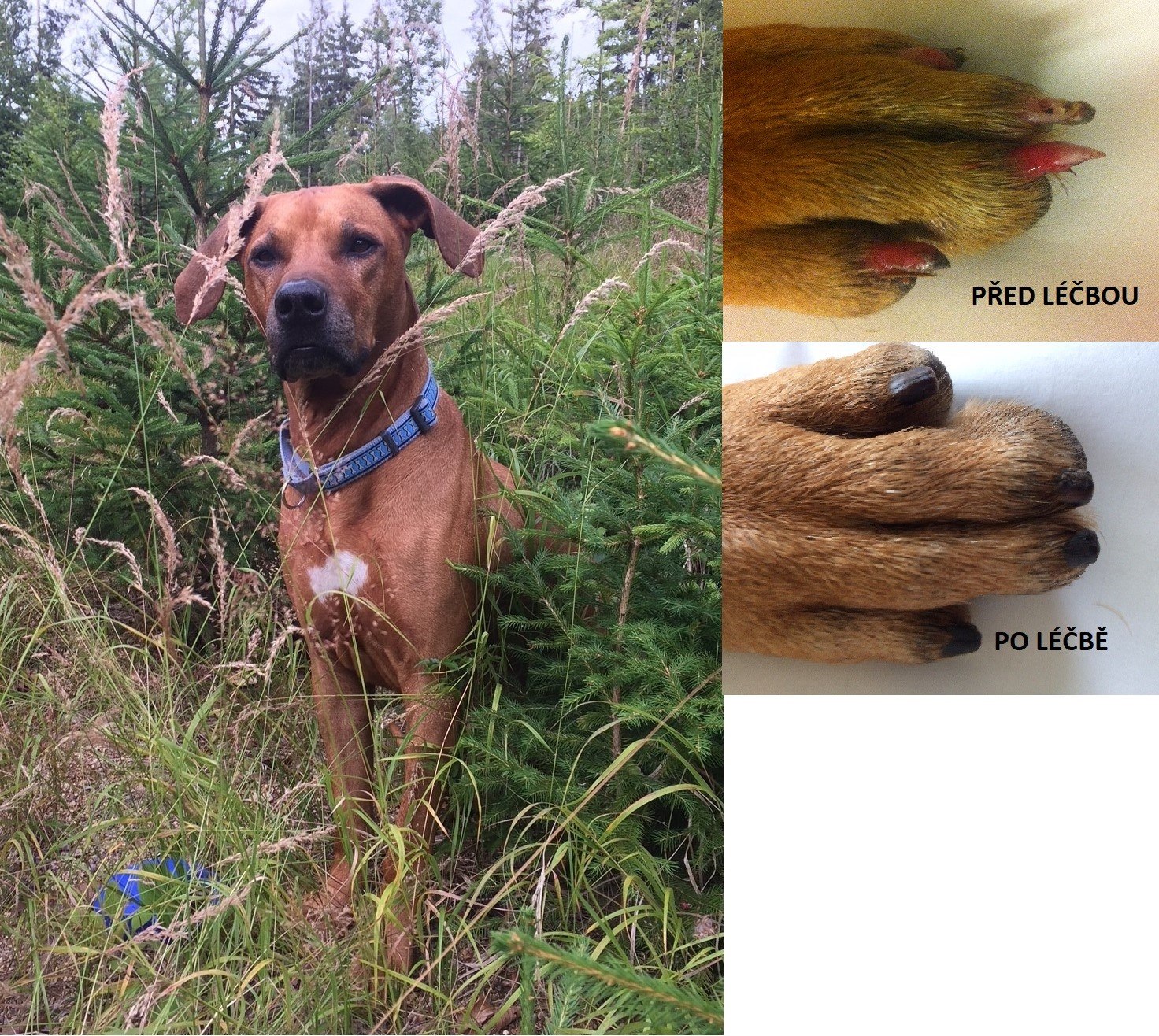 Photo of Edward. The claws before and after the therapy with autopathy.

It all began, when he was 5 and when two large round areas appeared on his back, where his hair fell out. Then within 14 days all his claws fell out. It must have been for Edward, that is our dog’s name, very painful because he didn’t want to walk at all. We underwent major examinations at the vet where our dog was diagnosed with the autoimmune disease idiopathic symmetrical lupoid onychodystrophy. This disease is manifested by the gradual loss of all claws, accompanied by hair loss in small areas. Inadequate thyroid gland activity and acute pancreatitis were identified by blood tests. The veterinarian prescribed antibiotic treatment and then regular administration of corticoids and a hormonal therapy.

At that time, I had already finished my autopathy training and so I decided on this alternative treatment. We haven’t used the medications recommended by the vet yet. With the regular application of autopathic preparation taken from the dog‘s breath and then from saliva, we have strengthened his vital force so that within six months his claws grew back, his hair began to grow again and the thyroid hormone T4 returned to normal. The normal value of the hormone T4 in dogs is 20-46 nmol/l. At the beginning of the diagnosis of the autoimmune disease, Edward had T4 of 9.2 nmol/l.

We first applied autopathy to Edward every other day, then we began to extend the intervals and continued with regular applications once a week. After 4 months we switched to intervals once a month, which we applied to the dog for another six months. A very valuable advice was putting the autopathy bottle in the fridge for a while before using it. This way we could see exactly when Edward breathed into the vial (the vial misted over inside). Our dog probably knew that autopathy would help him and he cooperated well with us.

The dog has completely recovered, the second claws are in very good condition (see photo). We repeated autopathy with him at the age of 10, when he was bothered by colds and today, at the age of 14, he is still with us, curious and active. From the reactions of people who meet us on walks, I would like to mention that only a few believe he is 14 years old. The Rhodesian Ridgeback breed normally lives for about 12 years.