Home » Cases » Depression, anxiety, fear, insomnia and how to overcome them

Depression, anxiety, fear, insomnia and how to overcome them 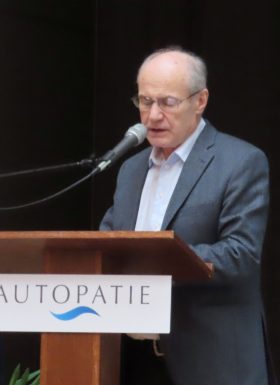 Part of a lecture with the same title, presented at the 12th conference on February 1, 2020

Among the hundreds of cases of holistic autopathic treatment I have published so far, there are many dealing with one or all of the terms contained in the title of my lecture today. I will present here several unpublished cases, of course with proper instructions on how to achieve similar results in similar cases.

We live in a complex and ever-changing world full of contradictions, interests, problems and uncertainties, and anxiety and fear are therefore a natural part of our existence, which we can never get completely rid of and which, under certain circumstances, can even be healthy and beneficial, because it mobilizes us to change a dangerous or stressful situation in our favor. On the contrary, fear that paralyzes us and persists without evoking a liberating reaction or disappearing after the cause of the fear is no longer there, or when the cause of the fear is irremovable, or, perhaps most often, when no adequate cause can be found, then it is something to be healed.

At our level of existence, one hundred percent health and well-being are apparently a kind of an ideal that we can come near to in optimal cases, but its eventual achievement is beyond that, what we call healing. Therefore, my cases will be about how to arrive at 100% health and well-being as closely as possible.

To start with, I would like to thank with all my heart all my clients, from whom I have learned so much.

I also thank you, the participants of all twelve conferences, who have provided me with so much new knowledge. 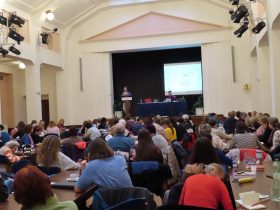 The case begins in the first decade of this millennium. At that time, we did not have all the techniques for preparing autopathic dilutions that we know today – and which were developed on the basis of experience. The story of the young lady shows us that even these “old” techniques are still valid and we should not forget them.

Psychological problems, anxiety states. They have appeared at certain life periods, lately she has been having really big problems. However, feelings of fear have bothered her since childhood. She has a tightness in her chest, usually in the morning, escalating anxiety, deep depression, the worst half a year ago when she thought she would not survive it, but she slept normally, dreams were wild, she lacked energy. She hasn’t had anything physical in the last year, but the psychic problems persist. When she is anxious, she has difficulties with speaking, the fear makes her feel sick, the anxiety is always present. After cervical surgery she has been permanently tired.

Appendicitis in childhood. Recurrent angina, tonsillectomy. She used to have abdominal pain when her parents were quarreling.

Recommendation: 4.5 l saliva, with the insertion of a finger under the AB (autopathy bottle)-spout during dilution, single use

Follow-up consultation in less than 2 months:
The strong anxiety states that had still plagued her before the first interview have subsided, stopped, and this practically since the application of autopathy. She only had a brief crisis caused by a stressful event, then it immediately improved again. This weekend she was annoying her husband. Hemorrhoids have recently appeared, she has them now and again, it is an old symptom (OS). But for a few days now, she feels that she should cry, she is crying when she is telling me, but she assures me that she does not cry otherwise. It is no longer accompanied by fear and anxiety as before, it is rather a kind of release of emotions, which she apparently suppressed from childhood.

Follow-up consultation in 14 days:
Last week one day sore throat, stuffy nose, body aches, chills, she didn’t have fever, the next day it already passed. She fainted and fell (“old symptom”, it happened to her occasionally before). She is weak now.

She has a blocked nose when she lies down. She feels anxious again – only since yesterday, not before. It is a relapse, the cessation of the effect of a single application after two and a half months.

Recommendation: 9l saliva, single use (in the same AB)

Follow-up consultation in 6 and a half years (no response in between):
The anxiety disappeared, but about a year after the consultation, it returned due to increased stress.

I have already talked about this phenomenon in an advanced course recently – many people who have been helped for some time by autopathy have forgotten it in the whirlwind of life, only to return to it after years of further suffering, which, as it then turns out, was unnecessary. However, some of the people have not even appeared again. When a crowd runs down the hill and you are part of it, it is quite difficult to stop and to go back. It is easier, when there are more people like us around. Then we can support each other.

She was so anxious that she felt ill in shops and had great problems in communicating. She took pills that didn’t help her and after a while she stopped taking them. Since then, she kept struggling with it, the constant tension has not left her. Two years ago, she started taking pills again, she got depressed, fear started in the morning and every activity cost her a lot of effort, it wasn’t life. She felt lonely. One month ago, she had stopped taking pills. She suffers from insomnia. She is very tired in the evening, she reads, falls asleep and wakes up at 1 or 3 o’clock and does not fall asleep until 5, then sleeps in the morning again. The pH of saliva is low – 6.2, she regulates the pH with food, correct is over 7. Medium energy, not sleepy during the day (with the pills she was). She gets birthmarks on her chest. She has almost no physical problems, only occasional heartburn.

Recommendation: Prana 1, 3 l, the first week every other day, then once a week

Follow-up consultation in month and a half:
She hasn’t noticed much change after the first application. After the second application she was more irritated. After the next doses she had more energy. And after the following one ‘it was awesome’, she said. She was intrinsically very aggressive and tearful – she goes to yoga, she wanted to cry and laugh there, her colleagues wondered about her, she laughed and tears rolled down her cheeks. With further applications once a week, the anxiety improved greatly. She tends to have outbursts of anger (a hitherto uncontrolled influx of vital force, not unusual when the effect starts to take place). pH 6.6 – still lower than it should be, but much higher than at the beginning. She drinks wine in the evening, two glasses, occasionally. She doesn’t complain of sleeplessness, so I think she has been sleeping well already.

Recommendation: Increase to 4.5 l Prana 1 – if at the end of the week it does not feel that the increase in potency has brought progress, it is possible to go back to 3 l, should she find that the previous lower potency was better.

Follow-up consultation after three months:
She usually feels energized after the application, she has more energy, but towards the end of the week she feels the effect waning (I explained to her that this means she should use autopathy more often to prevent the gradual weakening of the effect). For one day the anxiety was temporarily worse. The anxieties are much weaker, she practically does not have them, same with the fears, but she observes an increase in venting of dissatisfaction and anger, which she previously suppressed for fear of the reactions from her environment. However, people around her are coping well. After an argument in the family, she decided that she would no longer try to resolve things with pills or alcohol.
She recently mistakenly confused her AB with another person’s and made a preparation. Nothing happened, but in two days she felt terrible – the anxiety was very strong at night. She immediately acquired six bottles and made a preparation in the new bottle, Prana 4.5 l – improvement arrived immediately, she also had more energy.

A preparation with information mixed with that from another person can have an effect as an antidote to the previous preparation. Therefore, I usually recommend, for example to mothers who make a preparation for their children, to use latex gloves. However, this phenomenon is not so widespread to be handled here in detail. I came across such a strong antidote effect, as in the above case, only very rarely.

She stopped drinking alcohol in the evening. She has a problem with menses, it has always been irregular, but now her stomach hurts more. Hemorrhoids appeared, a reverse symptom, she used to have them. She doesn’t complain of sleeplessness, her psychic condition is fine.

Recommendation: 6 l Prana 1 once a week and increase as effect diminishes.

Summary: Depression, insomnia and fatigue have been resolved. Healing progresses from the inside to outside (Hering’s law of cure), so there is a good prospect for further improvement.

General conclusions:
1. Low potencies up to 12 l can be repeated once a week regularly, or more often if the effect diminishes.
2. Using someone else’s bottle may cause relapse.
3. The onset of anger in depression cases and severely repressed individuals is not uncommon – new energy has not been mastered yet, but it is temporary.
4. One of the cases, where after a good experience autopathy was forgotten, here even for 5 years of considerable, and according to the further development unnecessary, suffering.
5. After her own experience, she has been spreading the word about the benefits of autopathy.

Cheerfully about cancer: What can also happen during cancer treatment