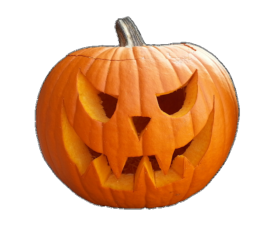 A woman aged 50+ talks about her problems: She has recurrent illnesses, takes antibiotics for the fourth time in two months, has problems with bronchi and breathing and increased temperatures and persistent coughs, especially in the morning and also during the day. Has rhinitis. So far, she has been incapacitated for a month and has been at work only for one week during this period. Joints in her left hand hurt, the doctor called it rheumatoid arthritis. She is often tired.

But the main reason she came to the autopathic consultancy are psychic problems. Fear, anxiety, the feeling that nothing is going well for her, she is worried about what she should have done differently in the past. She and her doctor call it depression. She has bad dreams: monsters come out of the ground, something collapses, she can’t walk. She is afraid of those dreams even in the waking state. She currently has a dry cough.

When she recalls the history of her troubles, she talks about how she was never good enough for her mother, she had to have top marks at school and had to be always successful. She was told all the time whether she was or was not behaving well and lived under constant stress.

A few years ago, she suffered an injury to her shoulder joint and knee before that.

During the follow-up consultation after two months the woman reports:

She started using autopathy a week after the last visit. The dry cough was reduced to an occasional throat clearing the day after the first application. After the first three applications, she had always felt intense warmth on her head and cold hands and feet, which always lasted 45 minutes.

She has no anxiety or fear. It passed very quickly. Terrifying dreams have ceased, she has had only one in the recent past. A month ago, she stopped taking all medications.

Now she has a wet cough and a bit of a rhinitis, but only in the morning and not during the day.

Fourteen days ago, she was told in the rheumatology clinic that she no longer has the rheumatoid arthritis and that they will not continue with the treatment. She feels her wrists and small joints a little, but the laboratory tests are, unlike before, within the norm. Hence the rheumatology department had not made a new appointment for her – she has been going there for two and a half years.

She doesn’t wake up at night and falls asleep easily, before this it took up to two hours after going to bed before she slept.

Fatigue is much less.

She used to have cold sores in her right ear, now it appeared for a day, and immediately after using BSB it passed.

Until now, she used a 6 l potency of BSB three time. Recommendation: Repeat 6 l of BSB twice, then 7,5 l and continue once a week.

In a consultation one month later, the lady reported that:

She had not yet increased to 7,5 liters, she still used 6 liters. A week ago, the hand (which no longer hurt at all) began to ache again and anxiety arrived. The dilution of six liters has already exhausted its effect and needs to be increased. Recommendation: Increase to 7.5 l BSB (as I already advised the last time) and increase it if necessary, i.e., whenever the previous dilution level begins to lose its effect.

She had read the book Get Well with Autopathy. She knows what to do. And she didn’t come again. She probably didn’t need me anymore.

Online seminar: Some complex situations we can meet in autopathic practice

How to use this difficult time for a positive change: A case of chronic inflammation

Self-treatment of chronic diseases and how to use it